Elder Memories, Ancient DNA and the Fate of the Herring

Conservation is a never-ending battle against collective amnesia. As living resources are consumed or extinguished, baselines shift. Past abundance is forgotten, and new generations adjust to a diminished new normal.

The forage fishes that are foundations of the marine food web are a case in point. In the Pacific Northwest, that means Pacific herring especially. Herring were abundant in the 19th and early 20th centuries, supporting commercial fisheries, but their populations have declined in recent years by as much as 95 percent.

Just how abundant were herring before fishing, habitat loss and other factors took their tolls; how did the fishery affect the population’s diversity; and could Salish Sea and Pacific coastal ecosystems support such abundance again? To answer those questions, managers must first figure out what the original baseline was, and that itself is an open question colored with controversy. To answer it, a Washington Sea Grant-supported research team is melding insights from an unusual range of sources, from archeology to genetic analysis to traditional knowledge of tribal elders and other long-time herring harvesters.

“What got me started was the archeological findings,” says team collaborator Dana Lepofsky, an archeologist at Simon Fraser University in Vancouver. In recent decades herring have spawned only sporadically at various sites in and along the Strait of Georgia. Canadian fisheries officials contended this variation was normal, because herring schools moved from one side of the strait to the other. But the archeological record belies that: “Thousands of herring bones appear throughout the middens,” says Lepofsky, indicating they were harvested year after year throughout the region. 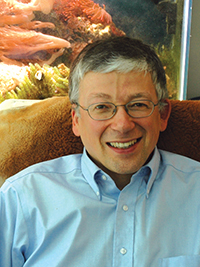 Indeed, herring bones are prevalent in 95 of 171 archeological sites sampled, common in most of the others, and absent from only two — indicating a huge role for the little fish in traditional diets. But researchers missed the evidence until recently, explains UW population geneticist Lorenz Hauser, who analyzed the midden samples. The herring bones were so small they slipped through the screens used to sift the samples. That may have led those earlier researchers to underestimate the dietary importance of herring relative to salmon and other fishes.

Local knowledge holders confirm that importance, and changes in the herring’s abundance; many of them can be heard at the highly informative pacificherring.org. “They’ve seen huge declines in their lifetimes,” says Lepofsky, but they remember when the herring were plentiful and consistent. She also notes, “People said that the migratory herring were skinny, and the residents were fatter and shorter.” Place names such as Teeshoshum — “milky waters from herring spawn” — reflect this past abundance. Native families guarded and managed their own spawning grounds, harvesting roe where it was particularly thick and using eelgrass, kelp and hemlock boughs anchored in the water as collectors.

By contrast, the industrial roe fishery took a more destructive approach, slicing the gravid fish open for eggs to be sold in Japan. Fisheries officials have baseline data for the last decades of industrial fishing, from the 1960s in Canada and the 1970s in Washington. “But for us, what’s more interesting is what the levels were before that fishery,” says Hauser. To fill in that picture, his graduate student, Eleni Petrou, is interviewing traditional harvesters in Washington about the plenitude they once knew. Not all are tribal members; Petrou located eight older Euro-American fishermen in the San Juan Islands for whom herring was a staple catch. “They used to smoke it, eat it fresh and salt it in barrels,” she explains. “It was a very common food back in the day.”

The fishermen’s recollections show “a typical shifting baseline phenomenon,” says Hauser. “In every generation, mid-career fishermen see the baseline as too depleted and just give up. But the next generation starts from there.” The fishermen’s testimony suggests that abundance has decreased by about 80 percent since 1930 around the San Juans, with the steepest losses occurring in the 1960s and 1980s.

Hauser and his colleagues aren’t only concerned with herring abundance. They’re using ancient and current genetic data to map the diversity and distribution of regional herring stocks and determine how they’ve changed over time and under fishing pressure.

This effort to open a new window on the fish’s past has required several technical innovations. Most studies of ancient genetics use mitochondrial DNA, which is prevalent and accessible but does not reveal herring population differentiation. Nuclear DNA would reveal that differentiation but is less common, and no one had successfully extracted it from ancient herring. Dongya Yang, another collaborator at Simon Fraser University, managed to extract usable nuclear DNA from the tiny bones, opening a new window on the fish’s past.

Petrou, whose training is actually in population genetics, meanwhile tried to analyze samples from contemporary spawning herring but encountered frequent contamination with sperm DNA. So she devised a bleaching technique that removed contamination but left the target genes intact.

Armed with these tools, the researchers are assembling and analyzing data spanning a thousand years, and Hauser hopes to parse 2,000-year-old genomes. Recent advances in genetic techniques make this much more feasible. “Now we can look at 30,000 markers in the genome, whereas before we could look at 10 or 12,” he says. They’ve identified markers associated with traits such as spawning early or late and favoring colder or warmer water; checking those markers in the ancient DNA will show how population boundaries have changed.

This work has conservation implications. Genetic analysis can identify populations that should be separately managed and protected, as salmon runs are. Considering Puget Sound, Hauser says, “Even in this very small water body, three populations are genetically differentiated and thus identifiable in ancient material.” Sustaining diverse populations ensures against environmental change, just as diversification protects an investment portfolio from market volatility. Hauser, Petrou and their colleagues are creating tools to do that for the Pacific Northwest’s little big fish.