Several species of single-celled algae growing in Washington produce potent toxins that can poison marine animals or become concentrated in shellfish and sicken, even kill, humans who eat them. Even when they don’t harm humans, toxic blooms can force costly shutdowns of wild and cultivated shellfish harvests. Unfortunately, thanks in part to warming waters, harmful algae have expanded into new habitats and extended their blooming seasons. And, blooms are becoming more severe. 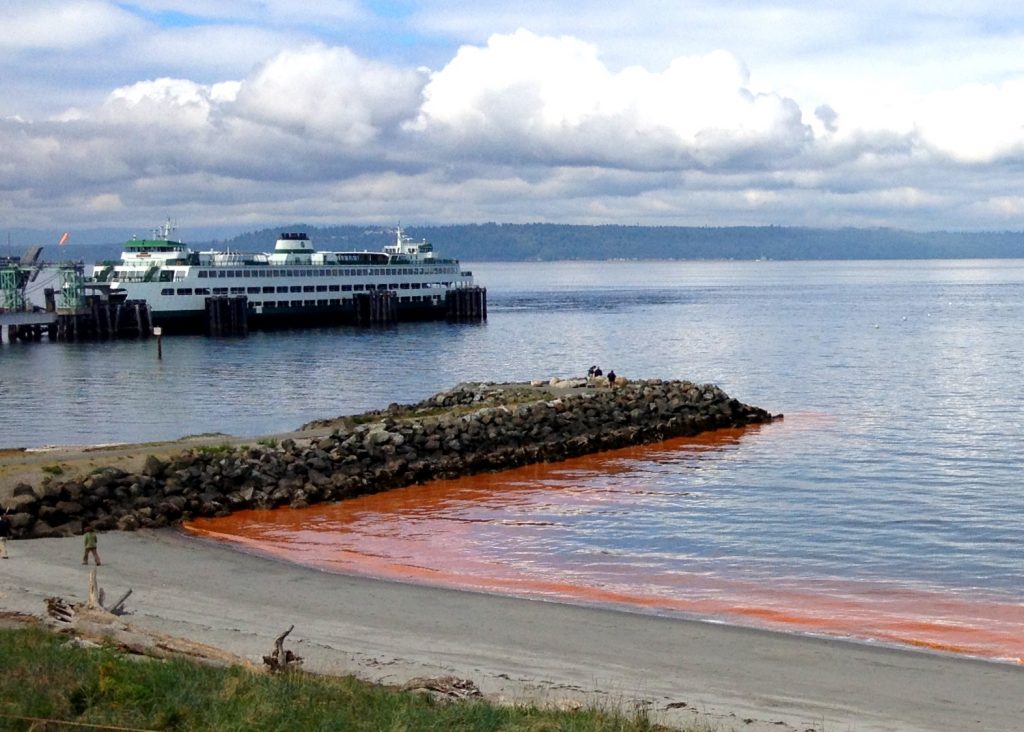 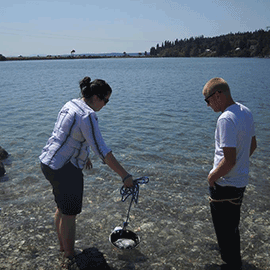 Testing the waters at Burley Lagoon.

WSG supports cutting-edge research into these elusive algae, developing new ways to predict and prepare for their blooms, and understand their impact on the Salish Sea ecosystem: