The oceans’ absorption of carbon dioxide (CO2) from the atmosphere is causing fundamental changes in seawater chemistry. CO2 reacts with water to form carbonic acid, which makes seawater more acidic. This process, known as ocean acidification (or OA) has a range of potentially harmful consequences for marine life. 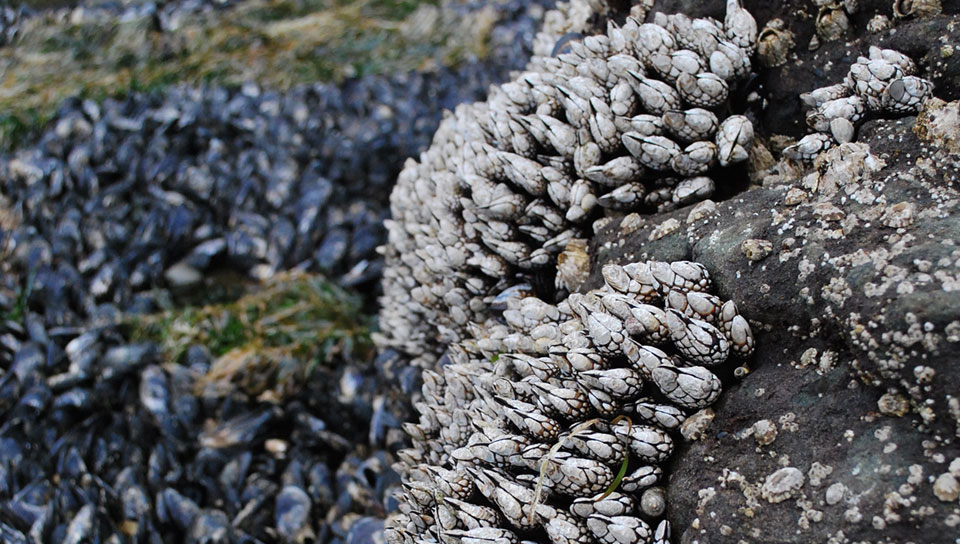 Our state is experiencing ocean acidification sooner and more severely than expected, due to a combination of human and natural causes. Washington Sea Grant (WSG) has been involved in regional efforts to understand and address ocean acidification since corrosive seawater was first suspected as the cause of unexplained die-offs in West Coast oyster hatcheries. WSG continues to actively engage in OA science and policy at state and local levels. 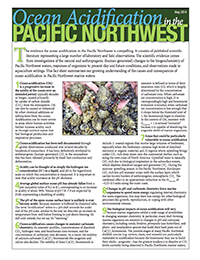 WSG connects you to scientific information and OA experts, through education, presentations, and classroom visits.

We also have several on-going projects in the community:

What can you do about OA? More than you think!

While it’s true that the only long-term solution to OA is a global reduction in CO2 emissions, there are things we can do to mitigate OA locally. Visit our OA action page to find out how you can help reduce ocean acidification.

WSG supports a strong OA research program. Since 2010, we’ve invested almost $1.5 million to improve our understanding of how Pacific Northwest marine species will be affected by OA, and ways to mitigate these impacts.

Due to a combination of human activities and natural factors, acidification in the Pacific Northwest is particularly severe. The region has also become a hotspot for both OA science and policy. Some recent developments: