Dwellers on Washington’s seismically active, highly exposed shores face a daunting range of natural and human-induced hazards. Some are continual and inexorable, such as climate-driven sea level rise. Some are commonplace phenomena, such as winter storms, seasonal flooding, and bluff erosion. And some are rare but cataclysmic events: major earthquakes and tsunamis. 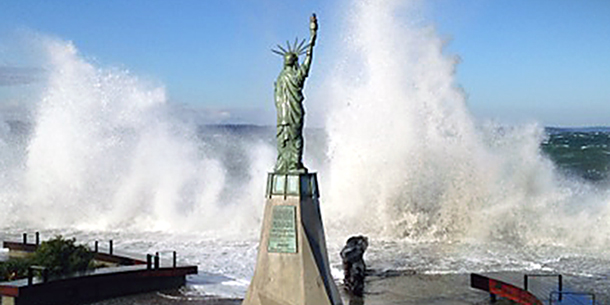 Whether it’s providing practical demonstrations of the implications of sea level rise or preparing communities and governments for flooding, erosion and other challenges associated with climate change, WSG staff are at the forefront of helping Washingtonians understand and adapt to our changing climate.