Marine Debris Can Ruin A Day on the Water 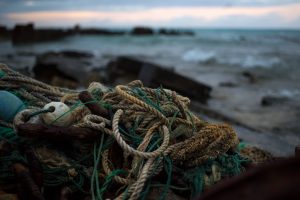 Seattle, WA – With summer here it is more important than ever for boaters to understand the vital role they play as ambassadors keeping Washington’s waterways safe and clean. Two major hazards boaters produce are oil and trash, but few boaters know what to do when they have a small oil spill on their boat or when they encounter marine debris.

Surprisingly, small oil spills, such as those from oily bilge discharges, account for up to 75 percent of the oil in Puget Sound. Marine debris, ranging from micro plastics to derelict boats are often a threat to safe boating and water quality. Most obviously, marine debris can be a major navigational hazard for boaters. Less obvious, but just as harmful are oil and microplastics that can and do make their way into the seafood we eat. Luckily, there is plenty boaters can do to prevent these hazards.

The majority of marine debris is composed of small plastics. These can be anything from cigarette butts to food wrappers and fishing line. Plastics are exposed to tidal action and solar radiation, where they break down into smaller and smaller pieces, making them both harder for collection and easier for wildlife to accidentally consume.

Small oil spills may seem like only a drop in the proverbial bucket, but they add up. Between 2011 and 2015, recreational vessels reported spills amounting to almost 6,000 gallons, and many go unreported. Often these spills are under a gallon and can be hard to spot and track. So how can boaters make sure they don’t pollute the waters they enjoy?

Washington Sea Grant, in partnership with the Department of Ecology and NOAA, work with boaters to reduce their impact through  the Clean Marina initiative. For more information visit https://wsg.washington.edu/community-outreach/boating/ or contact Aaron Barnett, at (206) 853-6991 or aaronb5@u.washington.edu

Washington Sea Grant, based within the College of the Environment at the University of Washington, helps people understand and address the challenges facing Washington’s ocean and coasts through marine research, technical expertise and education.