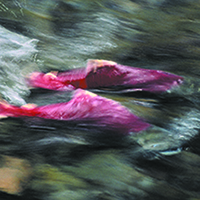 Western Washington sits at a tectonic and oceanic crossroads, a confluence of powerful geological and oceanic forces that are reshaping its shores and inlets even today. Its mountains are the youngest and spikiest in the continental United States. The hills, valleys, bays, and inlets below them are younger than the first human settlements in the Middle East. So are the ecosystems that flourish in them; the glaciers that formed them retreated only about 11,000 years ago. Tectonic upheavals and glacial scouring have bequeathed a sea between mountains — Puget Sound, the only fjord in the lower 48 states — and a mountain range, the Olympics, nearly surrounded by salt water. Here the sea and land don’t just meet; they embrace, enclose, entangle.

This entanglement creates ideal circumstances for those great ecological intermediaries, the salmon that colonized the meltwater streams the glaciers left behind, and whose bodies nourish the great forests that sprang up along them. Today that process is being reprised, following the removal of the Elwha River’s dams, as new estuarine habitats form and fish recolonize the formerly salmon-rich Elwha. 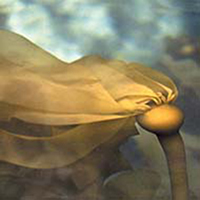 Washington’s coast is bracketed and its fishing grounds enriched by two of the world’s greatest salmon rivers, the Fraser and Columbia. The waters between these rivers teem with life: more than 3,000 known invertebrate species, 200-plus fishes, 11 sharks, hundreds of sea, shore, and water birds, and 26 species of kelp. Here be giants: gray, humpback, and killer whales, of course, as well as bull kelp, giant kelp, and world’s largest octopus, sea star, moon snail, swimming scallop, and burrowing clam. Divers and beachwalkers marvel at the spectacle; scientists who come from elsewhere marvel at the diversity of species. The Atlantic has only one salmon species; Washington has five, plus three sea-run trout.

Offshore, along the Cascadia Subduction Zone, tectonic forces are gathering to an eventual mega-quake, “the Big One” to locals, as sure a prospect as the tsunamis that periodically pound these shores. The same forces are already altering Washington’s shorelines more subtly. The Juan de Fuca Plate grinds under the North American Plate. This pushes up the northwest corner of the Olympic Peninsula, countering some of the effects of global sea level rise. 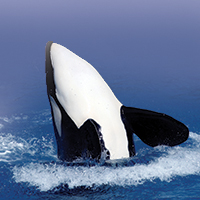 Washington’s position at the receiving end of an oceanic and atmospheric conveyor belt likewise brings both plenty and peril. The northeast margin of the Pacific Ocean is a major upwelling zone; cold deep-sea waters continually well up off the continental margin. In summer when winds from the north push coastal waters aside, these nutrient-rich waters from the ocean’s compost bin surge in to shore. They fuel vast fields of plankton and other algae that, in turn, support life up the food chain, including salmon, orcas, and humans.

But these upwelled waters are also rich in carbon dioxide, compounded by the CO2 that human industry, agriculture, and transportation contribute. This carbon drives down the water’s pH, making ocean acidification a mounting challenge for our State. 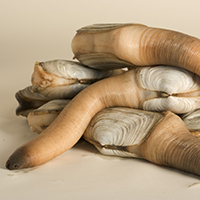 Washington boasts a $122 million shellfish industry — the largest in the United States — growing America’s biggest oyster crop, together with valuable mussels, geoducks, and other clams. Recreational clam digging is a tourist mainstay for many coastal communities. Hatcheries in Washington and Oregon produce the seed used by growers from Mexico to Canada. These hatcheries, together with the natural spawn that regenerates the richest oyster beds of all, on Southwest Washington’s Willapa Bay, are also ocean acidification’s coal-mine canaries — the first enterprises to suffer conspicuous damage.

Catching fish is an even larger industry. Washington’s commercial catch — 126 thousand tons in 2013, worth more than a quarter-billion dollars — is the fifth most valuable in the United States. But Washington’s catch only begins to tell the story of Washington’s fishing industry. Alaska’s multi-billion fishing industry is largely based in Seattle, which has the infrastructure and labor pool required. Add these up, including support industries and the jobs they bring, and by one estimate commercial fishing is worth $6 billion a year to Washington state.

The state’s dependence on the sea doesn’t end there. Washington is widely considered the most trade-dependent state in the nation, with one in four jobs tied to international export (which yields a hefty surplus) and import. Seattleites are reminded of this fact everyday when they look out from their windows at the enormous orange cranes lining the Port of Seattle’s docks, just below downtown. This is the closest shipping port to a major city center in the United States — a headache for security officials, but a maritime connection that most coastal cities have lost. 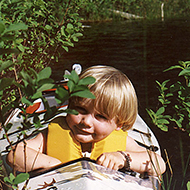 Many other links to water

The water link endures in many other forms here: Seattle is a boating mecca, with more boats per person than anywhere in the United States, with its share of racing cruisers and sumptuous yachts. But it is also the cradle of the sea kayaking renaissance that overtook the nation. Washington State Ferries, the largest ferry system in the United States, offers the only access to some of the surrounding islands. Crab boats, trawlers, gill netters, and the rest of the Washington and Alaskan fishing fleets still jostle for space at the docks and boatyards along the aptly named Ship Canal that separates the town of Ballard from Seattle.

Native Tribes and the fishing industry

Nowhere, however, do Washington’s marine roots run so deep as in the 20 native tribes that continue to fish the waters that fed their ancestors for millennia. For years they braved death threats and federal marshals to assert their treaty right to fish on their “usual and accustomed grounds.” With that right upheld in court, the tribes have played a key role in Washington’s fishing industry and in innovative efforts to protect the waters that sustain it — from securing a rescue tug to prevent oil spills on the Strait of Juan de Fuca to breaching dikes to restore salt marsh and building a biodigesting plant to consume the cow manure that threatens the Tulalip Tribes’ shellfish beds.

Many tribal fishers have turned to Washington Sea Grant for help in upgrading and marketing their seafood products and for safety training. Sea Grant provides skills and training for them, as well as needed marine research, education, and outreach activities for everyone who works on, lives along, or simply loves Washington’s watery treasures.