Washington produces more oysters, geoduck, and other bivalves than any other state.
For over 40 years, WSG researchers and extension staff have supported economically and environmentally sustainable shellfish aquaculture industry in the state. 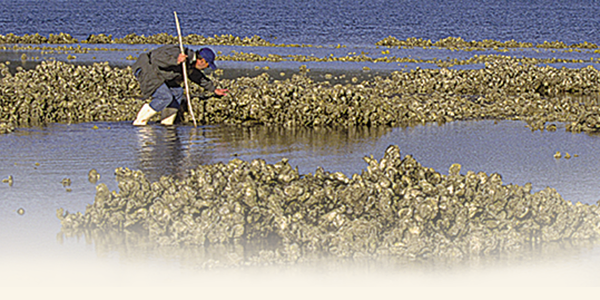 Ecology and Economics of Shellfish Aquaculture in Washington State 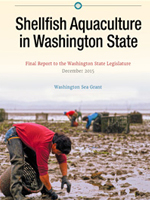 In 2013, the Legislature directed and funded WSG to initiate a shellfish aquaculture research program. The purpose of the program was to assess possible negative and positive effects, including cumulative and economic impacts, of evolving Washington shellfish aquaculture practices. The research was coordinated with studies related to ocean acidification and is not intended to be a basis for an increase in the number of shellfish harvesting permits available.

In December 2015, WSG issued the final report, which focuses on the ecology and economics of shellfish aquaculture in Washington State. Note: This report was updated in early January 2016 to clarify data in the first section, Patterns in the Economic Contribution of Shellfish Aquaculture.

In 2007, the Washington Legislature enacted Second Substitute House Bill 2220 (Chapter 216, Laws of 2007) to commission studies assessing possible effects of geoduck aquaculture on the Puget Sound and Strait of Juan de Fuca environments. The bill called on WSG to establish a six-year research program, reporting the results back to the Legislature by December 1, 2013. 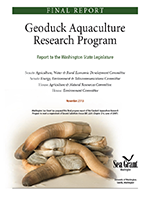 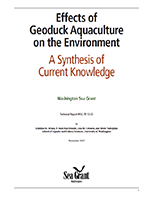 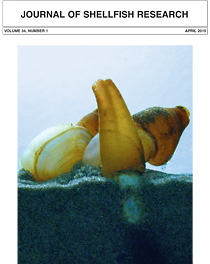 Another requirement of the bill was to summarize the state of knowledge about geoduck clams and the potential environmental effects of geoduck aquaculture on the Puget Sound environment. In response, WSG prepared an initial literature review, which was finalized in 2013. In 2015, the results of the WSG program were published in a Journal of Shellfish Research issue focusing on geoducks.

Shellfish and the Environment Research Symposium