Researchers use an acoustic camera to see how fish respond to seawall habitat enhancements.

It is widely acknowledged that seawall habitat enhancements can improve the local environment for juvenile fish. This project builds on previous WSG-funded research to incorporate juvenile salmon habitat considerations into the construction of the Seattle seawall, and provide managers with effective options for improving juvenile salmon survival and survival of adults returning to spawn. Investigators expanded upon Seattle Department of Transportation monitoring by conducting snorkeling surveys and surveying fishes with acoustic cameras mounted under survey kayaks. This approach improves and enhances data about juvenile salmon in nearshore urban environments by providing data  in areas and times of otherwise poor visibility (e.g. nighttime). The data will expand our understanding of how juvenile salmon use these new habitat areas.

Recovering Pacific salmon habitat is a high-priority issue in Washington. Previous Washington Sea Grant research—conducted in collaboration with the Seattle Department of Transportation—demonstrated that the habitat provided by the seawall in downtown Seattle could be improved by adding texture and relief; constructing “marine mattresses” that elevate the bottom to a more favorable depth for fish and their prey; and placing light-penetrating surfaces in sidewalks and piers that are above shallow water. These enhancements were incorporated into a new 3,500-foot long section that comprises about half of the seawall, the largest undertaking of its kind in the world. This research aims to determine if these seawall enhancements are successful in providing habitat for salmon.

Preliminary results from both acoustic camera and snorkel surveys are similar. Most of the salmon were found at exposed seawall sites located between piers, but salmon presence and feeding beneath piers also increased from levels seen before the enhancements. Because it was difficult to identify the fish species using the hydroacoustic camera, the researchers mounted a GoPro video camera on the front of the kayak to take footage to complement the hydroacoustic images. 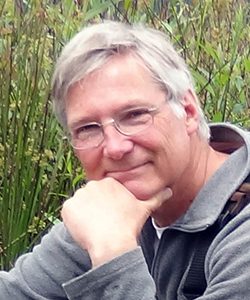