Recruitment variability in oysters and clams

A larval sampling program enabled shellfish growers in Willapa Bay to examine Manila clam and oyster settlement and the impacts of climate-related warming on local bivalves.

During 2010-11, a WSG-funded research team sampled bivalve larvae every three to five days and issued bulletins to a listserv of oyster growers, advising them of the best times to deploy shells. Concurrently, they developed standardized, mesh-enclosed gravel spat collectors to detect newly settled microscopic clams.

Additionally, these researchers studied clam recruitment in various Willapa Bay habitats and compared settlement and post-settlement mortality in nonnative eelgrass and in unaffected habitats, and with and without sediment enhancements such as gravel and shell. They also compiled data on water temperatures and oyster recruitment from 1942 to 2012 and used structural equation modeling to evaluate the relationship between them.

Natural larval settlement represents a variable but important source of seed oysters for shellfish growers and state reserves on Washington’s Willapa Bay. Growers deploy post-harvest shells at times and places where larval settlement will soon occur to take advantage of the larvae’s preference for clean shell. Washington’s Willapa Bay is one of the most productive shellfish-growing areas in the United States. But several environmental factors, including rising water temperatures and the growth of nonnative eelgrass, may affect future harvests.

Manila clam harvests have increased tremendously in Washington’s Willapa Bay over the past two decades, and production has expanded into new parts of the bay. But the existing literature provides no reliable guidance about the timing and location of larval settlement or its contribution to commercial yields.

As larvae approached setting size in August 2012, their abundance was about an order of magnitude larger than it was in 2011, based on standardized spat collectors with 11 spat per shellface. This resulted in a commercially viable set, an estimated $50,000 benefit to Willapa Bay oyster growers.

The project revised previous thinking about the Manila clam recruitment season and found evidence that the peak season in Willapa Bay is June to October. This information was extremely valuable to clam growers planning culture activities and is anticipated to support future economic benefits. The spat collectors also detected substantial movements of larger one- to two-month-old clams, providing new insight into the survival rate of young clams.

The researchers found that, over the long term, Manila clams were more abundant on graveled substrate than in areas colonized by Zostera japonica. They also concluded that Pacific oyster production benefitted from warmer waters. On average, warming water has advanced Pacific oyster recruitment by one day per decade, and warmer years have resulted in both earlier and larger recruitment. Temperature changes had no discernible effect on the recruitment of native Olympia oysters. 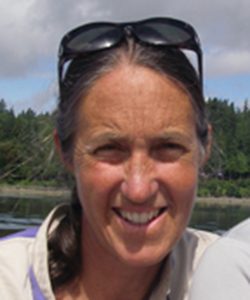 Department of Biology
University of Washington