Walk along the Chihuly Bridge of Glass from Pacific Avenue towards the Museum of Glass. Before dropping down to the museum, look across the waterway to the Tacoma tideflats. 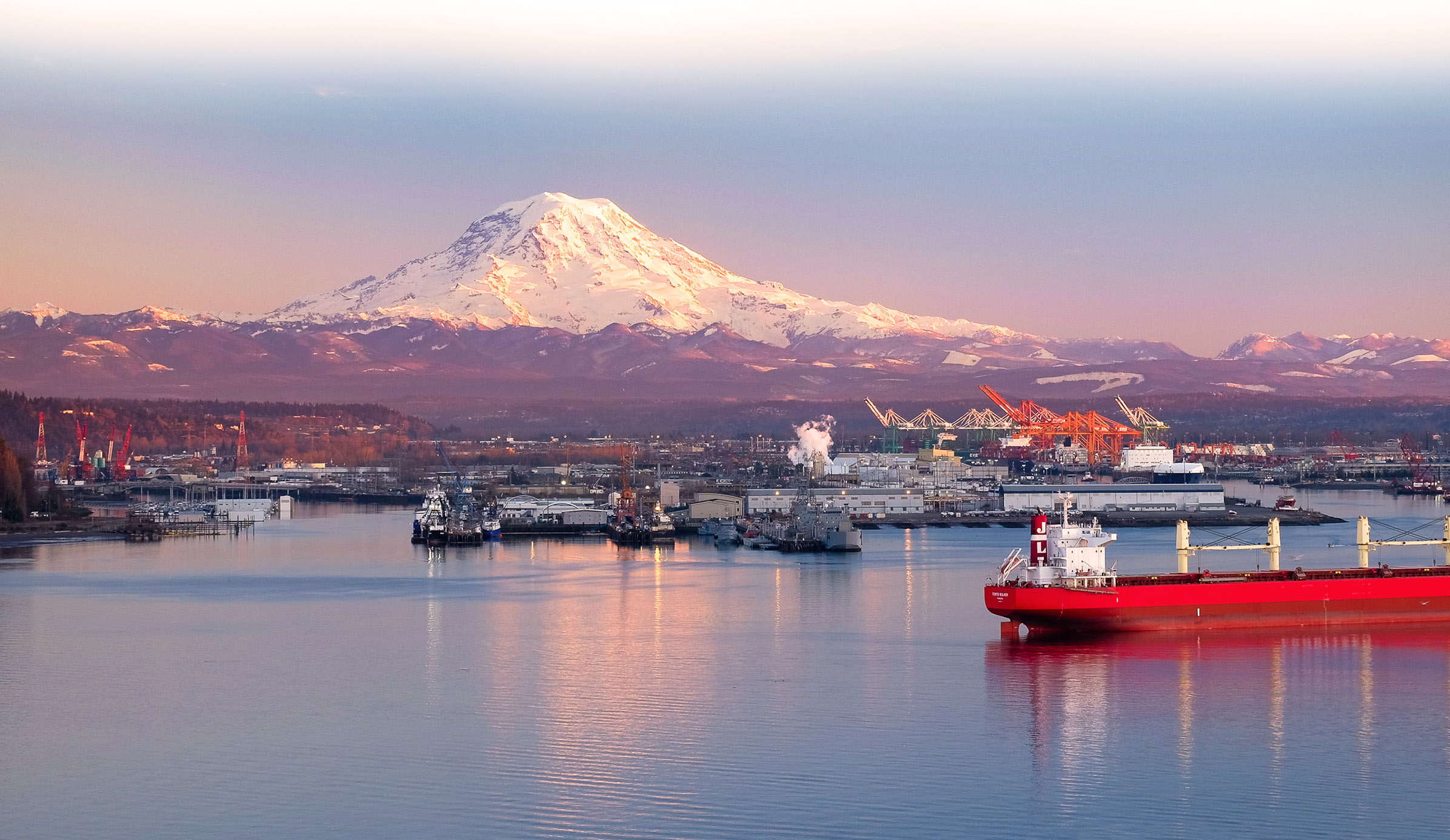 Tacoma looks to the future, plans for resilience

Tacoma is a vibrant, beautiful city, with a population of more than 200,000 and a 38-mile coastline that offers stunning vistas of Puget Sound to the north and Mount Rainier to the south.

Near downtown Tacoma, located on Commencement Bay, a 12-mile area of tideflats is home to more than 300 active businesses. Tacoma’s major maritime industrial center, which includes the Port of Tacoma, sits on the tideflats across from the Museum of Glass. The Port is one of the top ten container freight ports in the United States and an economic engine within the region. The frequency of flooding in Tacoma, and specifically in the tideflats, is increasing due to changing weather patterns. In preparation for its future, Tacoma partnered with Washington Sea Grant (WSG) on the NOAA-funded “Washington Coastal Resilience Project” as a pilot community, testing methods to incorporate technical guidance for coastal hazards and climate change into community plans. This included incorporating sea-level rise into capital facilities planning, with a focus on the Tacoma tideflats. 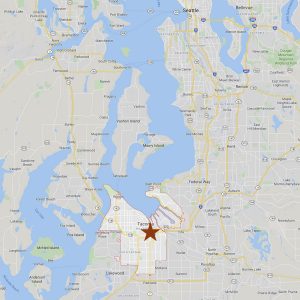 ADDRESS AND DIRECTIONS
Walk onto the Chihuly Glass Bridge on Pacific Avenue, between the Washington Historical Museum (1911 Pacific Ave.) and the U.S. District Court House (1717 Pacific Ave.), across the railroad tracks.

PARKING
Street parking on Pacific Avenue and a paid parking lot behind the Washington Historical Museum.