For Bob Goodwin, every Saturday morning starts the same way. Cup of coffee in hand, he fires up his computer and logs on to the Washington Department of Licensing’s (DOL) secure server. Then he downloads the dataset that records every powerboat that was bought, sold or transferred within the state—data that he has been collecting on a weekly basis for the past 17 years. When viewed as a whole, each piece of information he collects is part of a much bigger story: Many people who live in Washington keep close ties to the water. 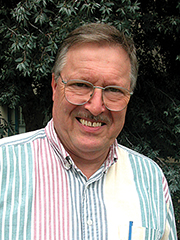 Goodwin worked at Washington Sea Grant (WSG) as the coastal resources specialist for 33 years before he retired in 2004. But even after his retirement, he has remained a part of the WSG family. Working in collaboration with the Northwest Marine Trade Association, he sorts through the weekly boat sales data, making these statistical summaries easily accessible on a quarterly and yearly basis through the WSG website. This information bolsters an economically important sector by helping boat dealers make informed business decisions, and even helps keep the water we play on clean. While Goodwin describes the boat sales project as an “asterisk” to the overall work he did before he retired, it has been an important one.

Goodwin first joined WSG for a summer job in 1972, when he was fresh out of his master’s degree program in urban geography at the University of Washington. The WSG framework appealed to him: “I was not happy in a purely academic setting. I was not the kind of person who could sit in an office and write papers without having a foot in the outside world,” he says. “Sea Grant really brought two worlds together—the external world of business and government and the academic world—in a more applied fashion than I had been pursuing in my studies.”

In 1975, Stanley R. Murphy—WSG’s first director, who was pivotal in founding the program—appointed Goodwin to the position that he held for nearly three decades. As the coastal resources specialist, Goodwin worked on a wide spread of issues. Early on, he helped develop the coastal resources component for the Institute of Marine Studies (which later became the School of Marine and Environmental Affairs) and then organized repositories of information and technical expertise for coastal managers. In 1977, he coordinated a multidisciplinary WSG research project on the economics of marine recreation in Washington State that would eventually lead him to his ongoing pursuit of data on boat sales. Through the project, he discovered that no one really knew how many boats there were in Washington!

In the early 1980s, waterfront revitalization became a central part of his career: for example, he and Marc Hershman organized the Seattle Waterfront Symposium, in which a panel of experts presented their vision for Seattle’s downtown waterfront. He and Jim Good wrote a guidebook, Waterfront Revitalization for Small Cities, applying its principles to efforts in Raymond, Washington, and Warrenton, Oregon, to bring new economic activity to their dilapidated wharves and adjacent waterfront lands.

Goodwin started collecting data from the DOL on the sales of new and used boats in 2002, when the State began to require that boaters register their vessels. He saw it as an opportunity to fill the information void on the size of the Washington boat fleet and the types of new vessels that were entering it.

In the time since he began collecting these datasets, Goodwin has heard numerous reports about how they have helped guide business decisions. A marina consultant used it to understand where there is demand for more moorage. A boat dealer changed his business strategy when he saw that new boat sales were decreasing while used boat sales were increasing. It has also been used to help protect Puget Sound, by informing decisions on where to install new pumpout stations for boat waste and where to target oil spill prevention outreach.

“One of WSG’s critical roles is to provide universally accessible, trusted sets of data that everyone can use and rely on,” says Goodwin—a role that Goodwin has helped WSG live up to for nearly two decades. Now 81, he says he’ll continue to collect boat sales data through this year, but he’s getting ready to pass on his duties to a successor. We salute you, Bob! 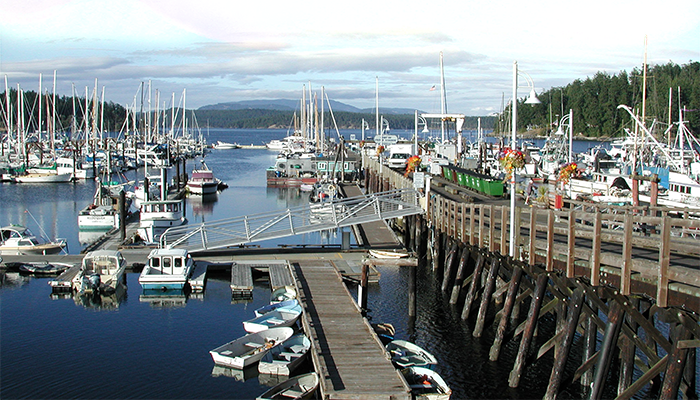