Are Pacific salmon heading for a nosedive? 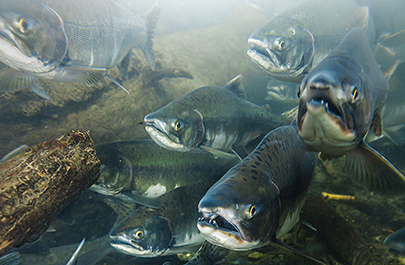 If you’re not one for the smell of fish, be thankful that you’re not a Pacific salmon. Salmon have a sense of smell that’s said to be thousands of times stronger than a dog’s, and that sensitivity is essential. Salmon smell their way to food, to their mates, to safety and even to their way back home. Salmon famously return from the open sea back to their freshwater birthplaces when they are ready to spawn, and scent is the guide that they use to get there. However, ocean acidification could be putting this strong sense — and the fish themselves — under threat.

Salmons’ discerning noses could soon be losing their power.  As carbon emissions are absorbed into the ocean, they are changing the water’s chemistry through a process known as ocean acidification. According to Washington Sea Grant-funded research from toxicologist Evan Gallagher’s lab, this chemical change to our seas could be impacting salmons’ perception of how the world around them smells — and this could threaten their very survival.

Gallagher and his UW lab have spent years researching the impacts of various pollutants on fish. “The main focus in the lab 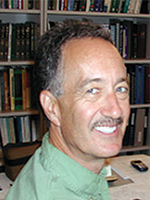 has been how pollutants disrupt fish behavior,” Gallagher says. In the past, this has included the impacts of pollutants from sources such as industrial, agricultural and wastewater runoff. Now, as the marine waters of the Pacific Northwest continue to acidify, carbon dioxide (CO2) has been added to the list.

“When salmon skin is lacerated — like when a fish is attacked by a seal or an orca — it releases a chemical compound,” postdoctoral researcher Chase Williams explains. When other salmon smell the compound, as they should from the salmon skin extract the researchers put in the tank, it is their cue to swim away from the danger. “Using behavioral tracking software, we could follow the fish in real time and measure the amount of time the fish spent in one stream versus the other,” Williams says. The research team predicted that salmon would stay in the arm of the tank that didn’t have the skin extract in it.

While ocean acidification will likely make a pH of 7.2 more common in the years to come, such a number is currently possible. “You can already pick that up in some areas of Puget Sound,” Williams says. Which means some salmon could be starting to feel the impacts now.

The good news is that ocean acidification does not appear to similarly damage the sniffers of all fish species. The researchers also conducted a simultaneous experiment on sablefish and found that the acidified water did not impact their smell-bound behavior.

After the behavioral studies, the scientists began to investigate where, exactly, the change in behavior was coming from. Did the acidified water cause problems with their noses? Or did the low pH cause neurological change that reshaped how the salmon perceived the smell? While the former would mean no longer being able to pick up smells — say, if you were stuffed up from a cold — in human terms the latter would be more along the lines of becoming indifferent to the odor of sewage. This second case is what the team found held true for the salmon.

There are still a lot of unknowns in terms of the implications, including whether the impaired sense is permanent. Regardless, “this kind of outcome can be deleterious to the life of the fish,” Williams says. For a salmon, being able to react to smell could mean the difference between enjoying its own dinner — or becoming someone else’s. 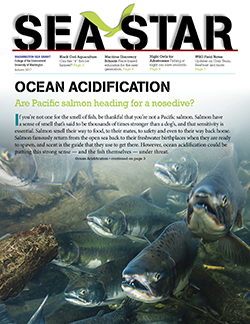