Reviving the Past to Protect the Future: Developing a Social-Ecological Clam Garden Site Selection Model

Researchers are creating a model to determine the best place to install the first present-day clam garden in the U.S. 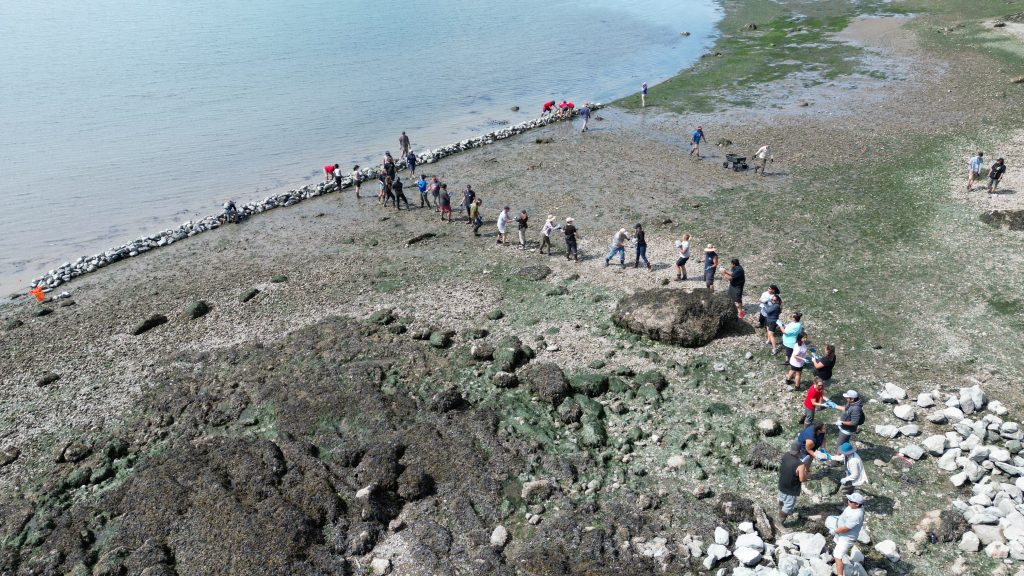 Many helping hands lay the foundation for the Swinomish Tribe’s clam garden in August 2022.

The Swinomish Indian Tribal Community is reviving an ancient mariculture practice by installing the first known present-day clam garden in the United States. Long-term goals are to enhance native clam populations, support local food security, provide ecological and cultural benefits, and promote integration of traditional ecological knowledge in contemporary resource management and climate change adaptation strategies. The project will complete the first of four steps to develop a clam garden – applying a social-ecological decisions framework that considers both people and their environment. The site selection model will be used for future clam gardens.

Sowing (clam) seeds for the Indigenous aquaculture leaders of tomorrow

Fish farming in WA goes back millennia — how will it survive?

Results: The researchers developed and implemented a community-based process to identify a clam garden site that will maximize ecological and socio-cultural benefits to the Swinomish Tribe. They used natural and social science methodologies to analyze the environments and survey the community about their priorities. A Technical Advisory Board — comprised of an interdisciplinary group from the Swinomish community, First Nations, and academia in British Columbia and Washington state — advised on the site selection criteria. Then, the researchers gathered community input on the top three possible sites to select a top candidate site, which was then presented to and approved by the tribal government. With the site selected, they submitted a permit application to begin creating the clam garden. A WSG program development grant also supported the researchers on two trips to clam garden restoration events in British Columbia, during which Swinomish tribal members gained experience practicing ancient mariculture techniques. “Thank you for bringing back some of our ancestral ways,” commented a Swinomish Tribal member.

Recap: Washington Sea Grant-supported researchers developed and implemented a social-ecological site selection model for clam gardens. After selecting the optimal site, they submitted a permit application to begin building the first known present-day clam garden in the United States. Their process demonstrates an innovative practice of prioritizing sites based on both ecological and community-driven parameters.