Linking Genetic Variation, Selection and Adaptation in Chinook Salmon: Next Generation Sequencing and an Oligonucleotide Microarray with Complete Genome Coverage

Researchers mapped portions of the Chinook salmon genome, studying survival and adaptation and linking to tools for protection and recovery of this endangered species.

Nine populations of Chinook salmon are currently protected under the Endangered Species Act along the West Coast, and five are found in Washington waters. Genetic tools can provide important information for the conservation, recovery, and protection of this iconic species, making it possible to track catches of protected fish in fisheries where healthy and depleted populations co-mingle, guide hatchery management to protect population diversity and fitness, survey the Chinook genome for adaptations that support recovery, and set more effective conservation priorities.

The genetic maps have greatly increased our understanding of variation within Chinook salmon, identifying thousands of gene loci. These include regions associated with thermal tolerance and growth, two qualities of particular interest to managers. The research showed that the salmon genome underwent a recent duplication and has twice as many chromosomes as an ancestral species did. The genetic markers identified can be developed for a range of applications. Resource agencies are already using the maps to identify stocks, calculate effective population sizes, and identify the parts of the genome responsible for adaptive differentiation. 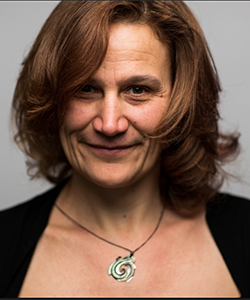