Statistics to be updated.  In 2018, 6,383 new vessels worth over $250 million were added to the $1.9 billion Washington State recreational boating fleet. Altogether 220,908 vessels are currently registered in the State, placing demands on public and private boating infrastructure including marinas, mooring buoys, state marine parks, sea locks and the State’s ecologically vulnerable waterways. 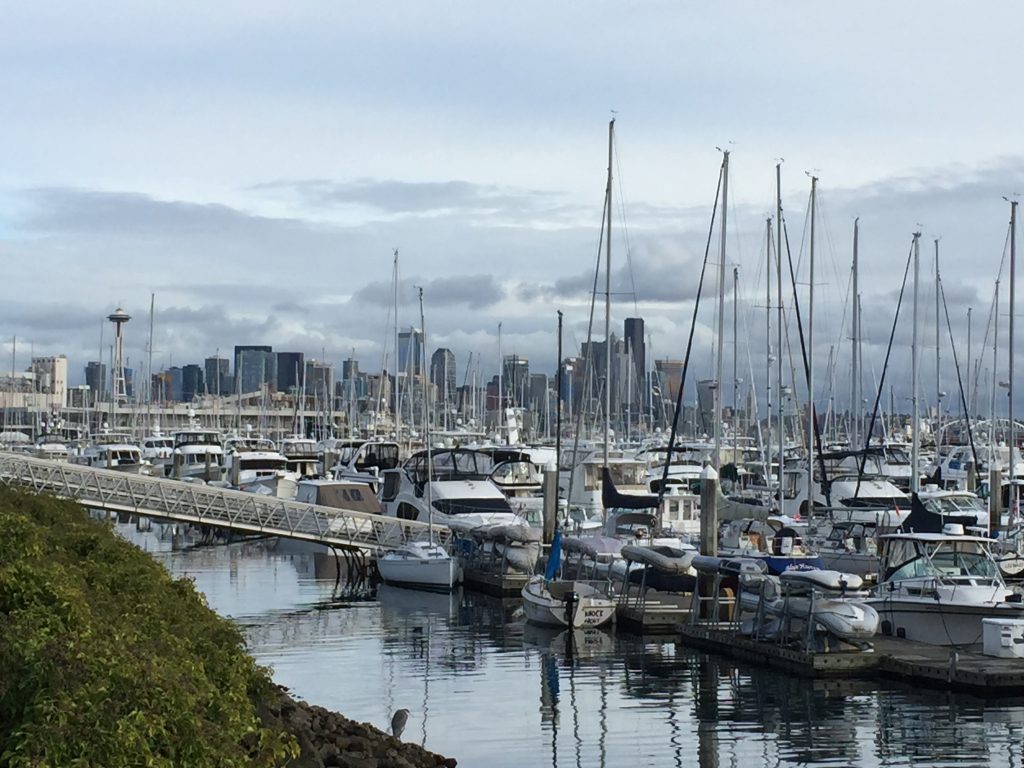 Washington’s boating fleet on June 30, 2018, comprised 220,908 vessels that were currently registered (expiration date on or after Jun 30, 2018). Over 228,000 vessels with expired registrations were also listed in the Washington Department of Licensing Driver and Vehicle System (DRIVES) database. Of those, 190,000 had expiration dates of June 30, 2010 or later. These comprise a “latent” fleet of vessels that could, at any time, rejoin the “active” fleet should their owners decide to take up boating again. However, we do not know how many of these boats are unseaworthy, have been scrapped or have left the state with out-migrants.

Note: Selecting the last day of the current registration year to retrieve fleet data yields the most complete count of “active” vessels in the recreational boating fleet.  June 30, 2018 will be used as the baseline for assessing changes in the fleet in subsequent years.

Value of the Fleet

Applying the Department of Revenue’s Watercraft Excise Tax (WET) Depreciation Schedule to the price paid for the vessel by its current owner and the number of years owned, the total value of the active fleet is $1.9 billion. Based on lien documentation, 12.7% of boats are being financed.

The median age of vessels in the fleet is 25 years, based on their model year, 2019 being the youngest. In other words, 50% of the fleet has a model year 1994 or older, 50% 1994 or more recent. There are large differences when hull material is considered, however. Almost 50% of wooden-hulled vessels are over 50 years old, whereas only 2.7% and 1.7% of aluminum and plastic hulls respectively.

The fleet is split 74–26% between Western and Eastern Washington. Counties bordering Puget Sound account for 63% of the state’s fleet. The eight-county Seattle–Tacoma–Olympia Combined Statistical Area (CSA), the metropolitan core of the region, houses 56% of the state total.

East of the mountains Benton, Franklin and Spokane, the counties containing the Tri-Cities (Kennewick, Pasco and Richland) and Spokane account for 12% of the statewide fleet.

Where Are Vessels Moored or Stored?

For a variety of reasons owners may choose to moor or store their boats in a different county to one in which they live: Being closer to favorite fishing and cruising waters; finding available moorage; or, locating near a second home or vacation cabin.  Some residents in every county – the “sending” county – moor their boats in other counties; and every county – the “receiving” county – moors or stores boats from residents in the “sending” counties, both within and outside Washington State.

We ranked “sending” and “receiving” counties twice; first by the number, and, second, by the percentage of all vessels in the county that were sent from, or received by each county.

By Number of Vessels Sent

By Percentage of Vessels Sent

By Number of Vessels Received

By Percentage of Vessels Received

By Number of Vessels Sent

By Percentage of Vessels Sent

By Number of Vessels Received

By Percentage of Vessels Received

When only vessels 26′ or more in length are considered we get a picture of where out-of-county demand for in-water moorage originates.

Of the total fleet ownership, 99% live in Washington. Out-of-state owners live in 2,500 towns and cities from 45 states of the union. California, Oregon, Arizona, Idaho, Texas and Colorado owners are the most heavily represented in the fleet.

The median length of all vessels in the fleet is 18’. Statewide, 93% of vessels are 26′ in length and under. East of the Cascades that percentage swells to 97.8%.

Runabouts dominate the fleet accounting for 64% of all vessels, followed by cabin cruisers (12%) and personal watercraft (10%). Sailboats are the smallest category with a little over 5% of the total.

Plastic– including fiberglass – is far and away the most popular hull material, comprising 68% of all vessels. Aluminum (29%) is number two. Wood, rubber, steel and concrete (ferro-cement) account for the remaining 3% of identified materials.

Outboards and outdrives are first and second in this category, powering 48% and 21% of boats respectively. Jet (10%) and sail (3%) power the rest of the fleet.

This vessel characteristic was added when DRIVEScame on line in 2017. Licensing agents appear to be having difficulty assigning the correct value, particularly Pod drive. This type of drive is usually found on larger vessels with inboard engines, certainly not on personal watercraft. The cross-tabulations TypxEng and EngxProp should therefore be treated with skepticism as they contain nonsensical entries.

Gasoline engines power 92% of the fleet with diesel a distant second at 5.8%. Electric, sail and other power sources each account for less than 1%.

The most representative boat in the Washington fleet is an 18′ fiberglass or plastic-hulled runabout powered by one or more gasoline outboard motors.