Return to Our Northwest: Ocean Acidification

Ocean acidification is a worldwide phenomenon that may prove especially problematic in Puget Sound. Roughly one-third of the 77 million tons of carbon dioxide released into the atmosphere every day is absorbed by the ocean. Here, it reacts with seawater to form carbonic acid, making seawater progressively more corrosive, affecting the survival of shell-forming organisms such as clams and oysters, as well as corals and many kinds of zooplankton.

In November 2011, Washington Sea Grant hosted the Symposium on Ocean Acidification at the Center for Urban Horticulture, University of Washington, Seattle. At the symposium:

For more information, see the symposium’s agenda. In addition, PDFs of the speaker presentations* are available:

*All presentation material was made available with permission of the authors.

In conjunction with the symposium, KUOW interviewed Brian Baird and Richard Feely about ocean acification: 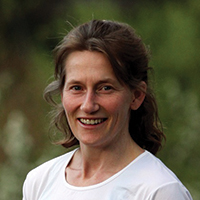