Looking Back on 50 Years: Jeff Adams, A Naturalist at Heart Who Brings Marine Science to the Community

In honor of the 50th anniversary of Washington Sea Grant, we’re sharing reflections from current and former longtime staff about their work. 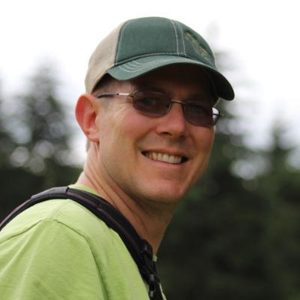 In the 15 years that marine ecologist Jeff Adams has worked at Washington Sea Grant (WSG), the success of his work has largely relied on community involvement. And yet, when Adams helped engage community members across Washington’s Salish Sea to usher in the WSG Crab Team, he and the rest of the team were hoping the project would fail. The project relies on citizen scientists to monitor shores for the invasive European green crabs, and no one wanted to find them on Washington’s inland waters. An able colonizer and efficient predator, this small shore crab has the potential to significantly alter any ecosystem it invades.

“Had we not had the success we hoped not to have, [the project] wouldn’t be what it is today,” Adams said. Despite the unfortunate circumstances that led to its creation, WSG Crab Team serves as a model for other programs. It partners community members with scientists, policymakers, and researchers in order to manage one of Washington’s newest invasive species holistically. Tapping into these networks and communities of citizen scientists has allowed for a nimble project that has grown in a new direction every year. “Just when you think it might settle into a pattern, it takes another leap forward,” Adams said with a laugh.

Adams’ focus on collaboration and community engagement does not stop with the WSG Crab Team. Adams cited the Kitsap Beach Naturalist program, a partnership with the Washington State University Kitsap Extension, as another project that perfectly exemplifies the multifaceted work that WSG carries out. As “a naturalist at heart,” Adams enjoys introducing community members to aspects of the natural world that they may have spent their entire lives around. To date, hundreds of people have moved through the program, which holds annual workshops and beach walks to educate curious minds about coastal habitats.

When reflecting on his work with the Beach Naturalist program, one woman stands out in Adams’ mind: She attended a workshop and then disappeared from his radar for a while, he recalled. When she returned a few years later, Adams learned that she had been inspired by her previous class and had since learned everything she could about lichens and mosses because the class had shifted her search image of the natural world.. In fact, she had even begun leading her own workshops and presentations. For Adams, it was incredibly rewarding to learn that a former student was inspired by his lesson and went on to learn more about a related topic and share that information with others. “It was an environmental educator’s dream!” Adams laughed, “And it’s important to remember that the inspiration and learning goes both ways.”

Community engagement  is a key aspect of Adams’ job with WSG. In fact, Adams cites the growth of these connections as the best part of his job. He loves being able to bring development funds to fledgling projects with great ideas that simply need a boost to get off the ground. It can be rare to find a position that combines research and data-driven science with community outreach and tangible outcomes, but WSG seeks to build its projects from the community level up. People who work for Sea Grant “bring science out to the communities where it can have an impact,” Adams explained. It’s a powerful model that Adams credits as being “hugely rewarding for all involved.” 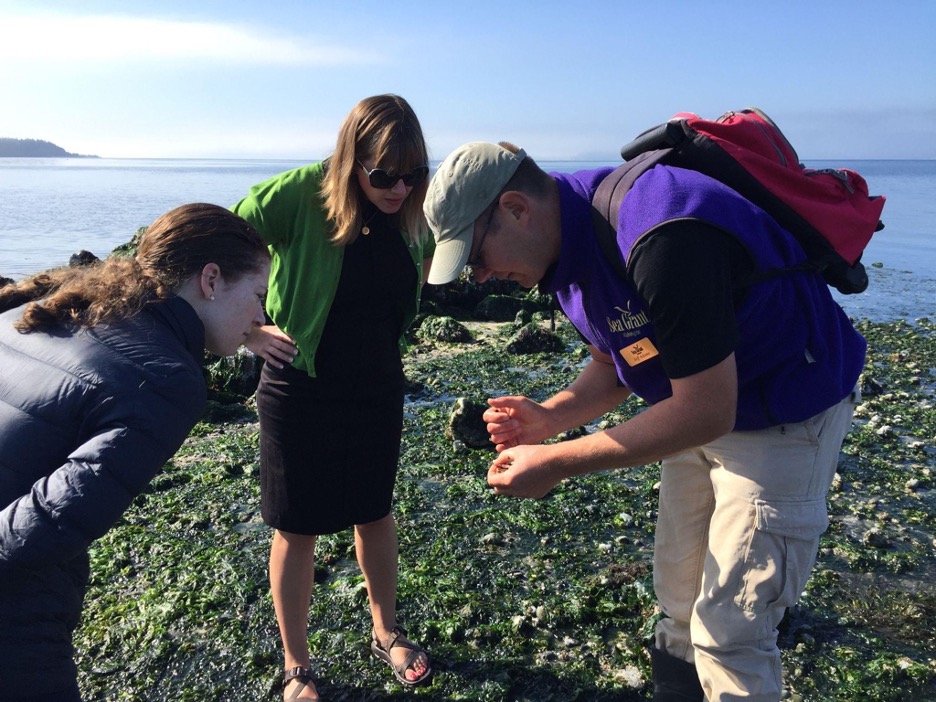