More than just a cute face: What otters can tell us about the health of the environment 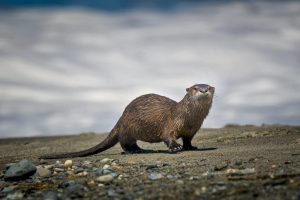 “Otters are an easy way to engage people to care about the environment. If there is one thing that almost everyone can agree on, it’s how cute otters are,” says Michelle Wainstein, a conservation biologist and lead of Otter Spotter at the Woodland Park Zoo. This project used North American river otters as “biomonitors” — organisms that can tell us about the health and quality of the local environment —  to study the pollutants in the Lower Duwamish Waterway. Gathering this information, however, requires researchers to focus on the side of otters that’s a little, well, less cute: they analyze the otters’ scat.

The Lower Duwamish Waterway is a five-mile portion of the Duwamish River that flows northward into Elliott Bay. Because of all the pollution that entered this area prior to the passage of the Clean Water Act in 1970, it was designated a superfund site by the Environmental Protection Agency (EPA) in 2001. Otters are a great fit as biomonitors because they are at the top of their food chain, do not travel too far within their home range, and live long enough to accumulate certain persistent contaminants. The results of the River Otter Project, recently published in the journal Environmental Monitoring and Assessment, demonstrate that the scat samples had the highest contaminant concentrations inside the superfund site, with levels decreasing as the samples collected moved away from the site.

From 2016 to 2019, Woodland Park Zoo encouraged citizen scientists to report river otter sightings in Washington via an online platform that was funded in part by Washington Sea Grant. Sightings reported along the Lower Duwamish Waterway helped Wainstein and her team find scat samples along the river bank for their research. Once they found otter scat, they were able to go back to that same location to get more samples because river otters usually visit the same place repeatedly to defecate. By testing the otters’ scat, the researchers could analyze what types of pollutants were bioaccumulating in the otters, and at what concentrations.

The research revealed that the exposure to PCBs and PAHs, chemicals that are known carcinogens, was among the highest ever published for wild river otters: 70% of the samples in the superfund site exceeded established levels of concern. Due to these high levels, otters may be impacted by contaminant loads in the Lower Duwamish Waterway.

This work could not have been done without the community members who helped report otter sightings with the Otter Spotter project. In fact, the Otter Spotter project was so successful in getting the community involved that Woodland Park Zoo broadened the effort into Carnivore Spotter, now part of the Seattle Urban Carnivore Project, which aims to explore how mammalian carnivores live and interact with people across urban and suburban areas in the Seattle region.

The project also offered new directions for future conservation work. “On a personal level, my favorite part of the project was discovering how beautiful and pristine the upper Green River is,” Wainstein says. The Duwamish and Green are sections of the same river. “I had no idea we had such an amazing natural resource so close to home. So on a professional level, it was also important to be working to help protect it. The otter scat samples from the Green River portion of the study show us what healthy ecosystems look like, and hopefully otters can help inform a successful restoration project down in the Lower Duwamish Waterway.” 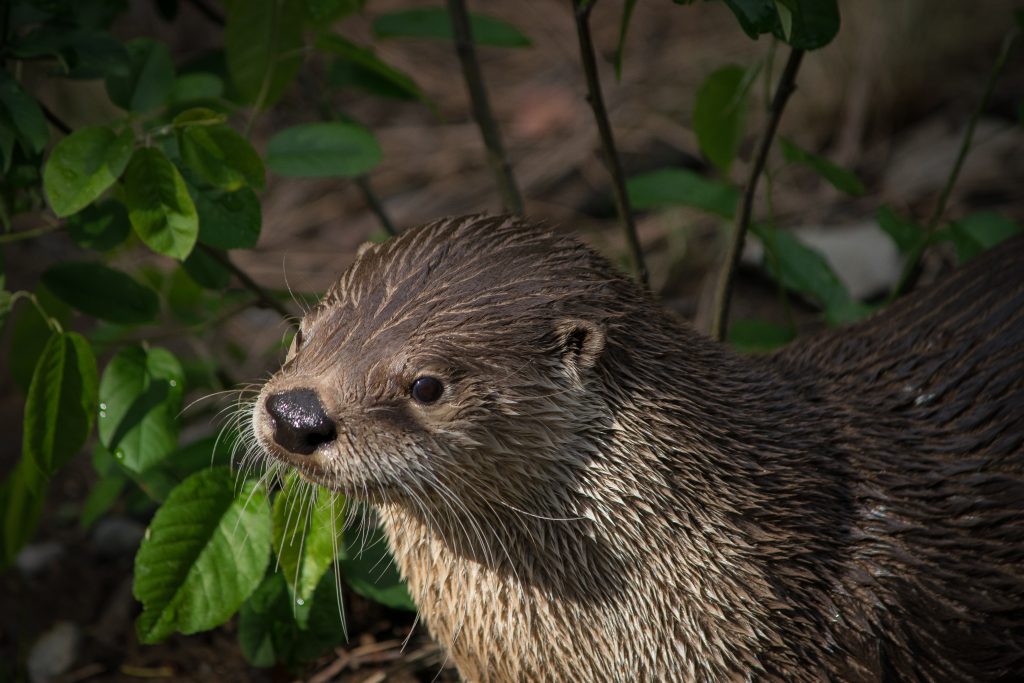 The EPA recently approved a remediation project to clean up the Lower Duwamish Waterway. While the EPA has their own metrics for analyzing pollutants in water bodies, Wainstein’s research shows that river otters are excellent biomonitors of food web and environmental contaminant exposure. Wainstein believes the EPA should use otters as one of their metrics for testing the ecological health of the Lower Duwamish Waterway, and potentially other aquatic systems.

Wainstein hopes that this project can be expanded in the future through using technology to extract DNA from otter scat. This way, the researchers could tag an otter to a scat sample and track otter movements in order to understand the population dynamics of these important aquatic mammals and their role as biomonitors.

As Wainstein’s research shows, river otters are more than just a cute face. We can use these aquatic mammals to help better understand the health of our environment in order to help humans and creatures alike — so long as we’re willing to pick up their scat.