Pointing the Data Toward Prosperity

While the population size of Grays Harbor County has remained remarkably stable over the past seven years, the population dynamics of the county have shifted dramatically. Older people have been moving into the county and younger residents moving out. On top of that, the county has become more separated by age: tourism-driven coastal towns are home to older populations than manufacturing- and professionally focused inland towns. Because the area is struggling economically, these changes have huge implications — gaining a complete understanding of these changes could help maximize economic opportunities. For example, when a large call center was looking for a new location, Grays Harbor County was able to point the call center inland, where it has subsequently reaped economic rewards.

This sort of economic insight doesn’t happen on its own. Kevin Decker, coastal economist at Washington Sea Grant (WSG), has been building the Washington Coast Economic 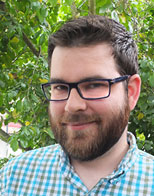 Dashboard to help counties like Grays Harbor, as well as other government agencies, individuals, and private groups, better understand and plan for the economic reality of coastal life.

The Coastal Economic Dashboard currently exists as a series of seven datasets, ranging from population size to income and housing. Each category contains a series of charts, maps and visualizations, allowing users to sort through year, location, industry and other filters. And that’s pretty much it—just a lot of charts and graphs. What’s so helpful about that?, you may ask. A lot, as it turns out.

The seeds for the Dashboard came from the marine spatial planning project, a multifaceted initiative in which WSG participated. The planning project helps coastal communities and industries make informed choices about future resource and land use. The project researchers required an economic understanding of the coastal communities they would be working with, so the team hired an economic evaluation firm to produce a report. The firm’s report was necessarily broad, focusing on qualitative trends rather than the nitty-gritty of local economies. However, this meant the report was less helpful to the communities themselves, who wanted an in-depth, quantitative source of data that they could more readily apply to their economies. Plus, within those communities, each person and organization has a different “what if” question. Everyone wants to know something different from the data, and thus reports can quickly turn into massive, unwieldy monsters as economists try to answer each hypothetical question. So, how can resource-strapped communities get the information they need?

Luckily, there are many data sources available for free to the public. However, “Just because the data is free, doesn’t mean it is usable to these communities,” Decker said. “Data by itself is not informative. It’s interpreting and understanding the data that helps you make decisions.” So, even though communities and planners can access the data, they “don’t have the resources to analyze it.”

Decker heard the communities’ need for usable economic information. The Dashboard takes all that available-but-hard-to-use data and makes it understandable. “The dashboard allows people to ask and answer their own questions,” Decker said. It’s the best of both worlds: the Dashboard contains all of the nitty-gritty details, but the interface makes it easy for people to hone in on only the data that they want.

Decker continues to work on building more tools and enhancing the Dashboard. Recently, he added two tabs for recreational boat sales, the legacy of longtime WSG coastal resource specialist Bob Goodwin (now retired), who had collected more than 16 years’ worth of data in excel spreadsheets.

The fruits of adding the boat sales data have already paid off. In May 2020, Washington Governor Jay Inslee was preparing to roll out the regulations of phase one for COVID-19 reopening. Northwest Marine Trade Association (NMTA) and other boating groups had been lobbying the governor’s office and the Department of Commerce to get boat dealers included in phase one businesses of the COVID-19 opening, which would include car dealerships, landscaping companies and pet walkers. “The first thing I did was bust open Bob’s data in Excel,” George Harris, president and CEO of NMTA, said. Then he remembered Decker’s Dashboard. “In three minutes, I had this beautiful table.”

This table and the accompanying data, which clearly showed the importance of May–July for boat dealers, was included in an updated request letter that NMTA sent to the governor’s office. By that evening, boat dealerships were a confirmed part of phase one.

The Dashboard is still a work in progress, according to Decker. Much of his time is spent inputting data, such as historical records of fishing data, and building new tools that are specifically focused on marine and coastal issues. The fishing and shellfish industries have asked for industry-specific tools also, which may be the next addition to the Dashboard.

Ultimately, the Dashboard is changing the way communities and organizations access economic data. And, it is fast and affordable. It makes data available on a more equitable basis by offering free analysis tools. Anyone can use it, from individuals seeking a place to live to state and even national organizations. It is information for all, open and ready to help people learn about their communities and more effectively tell their story. All they need to do is start by asking a question.