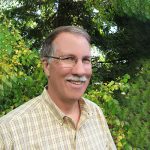 On December 10, the U.S. House of Representatives voted to approve a package of bipartisan bills called the Tribal Coastal Resiliency Act. The legislation was introduced by Representative Derek Kilmer, and authorizes more money to protect coastal communities from the hazards of climate change.

The tribal communities who live in Washington State are uniquely vulnerable to these hazards. The state has over 3,000 miles of marine coastline, where 17 tribal communities have made their homes since time immemorial. I think Rep. Kilmer accurately described some of the particular climate-driven challenges these tribes face:

“Our region has seen severe storms and rising sea levels threaten communities. We’ve seen homes and community centers in Taholah face water damage. We’ve seen the Quileute Tribal School in La Push be in the crosshairs of a rising ocean. We’ve seen coastal challenges threaten public safety, public access and cultural landmarks for these tribes and others, including the Hoh and Makah Tribes.”

Already, communities including the Quileute Indian Nation, the Hoh Tribe and the Makah Tribe have started the process of moving to higher ground, where they will be less vulnerable to coastal flooding and sea level rise. The bill would support these and other efforts to mitigate the threats caused by climate change and sea level rise by updating the NOAA Coastal Zone Management Grant Program to set aside funding for tribal communities.

In addition, the package includes legislation to protect living shorelines and working waterfronts. Importantly (in my view, at least), the package also includes a bipartisan bill to reauthorize and update the National Sea Grant College Program, increasing the efficacy of Sea Grant’s educational, research and outreach programs. I applaud Rep. Kilmer for supporting this legislation. Sea Grant fosters cost-effective partnerships among universities, state and local governments, NOAA, and coastal communities and businesses, including those in Washington State, leveraging nearly $3 for every $1 received from the government.

As we prepare for the new year, it is my hope that Washington Sea Grant can continue to thrive in all aspects of our programming. Including continuing to partner with local tribes as we work together to build greater coastal resilience within these communities.