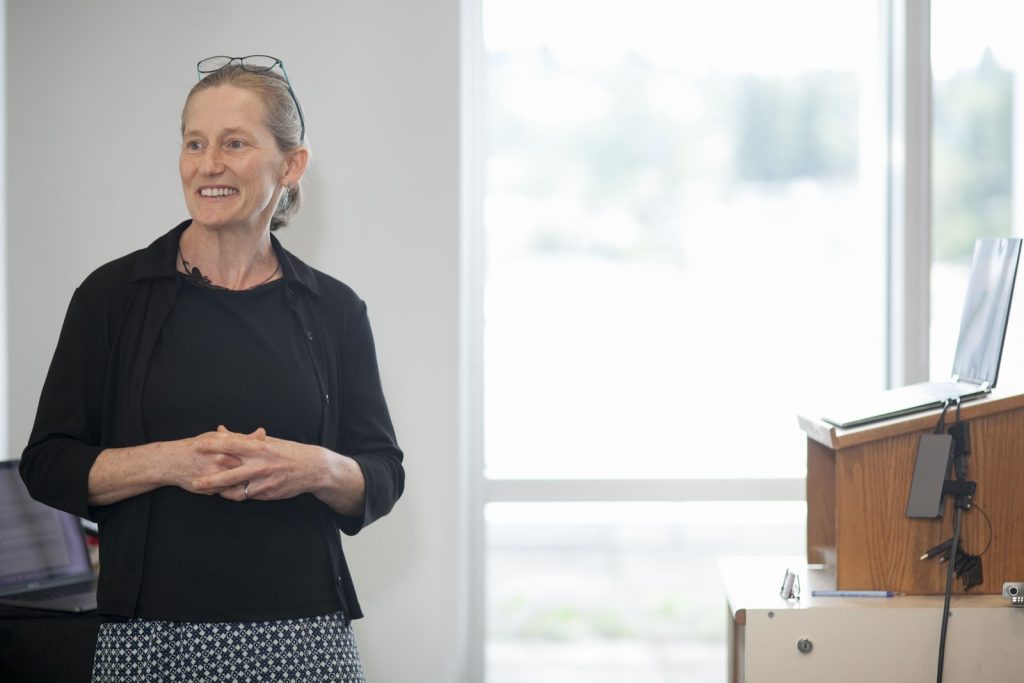 With bustling waterfronts, famous seafood markets, a robust culinary scene, and an estuary rich with marine life, the Puget Sound region seems to be the picture of seafood security. But look closer at the web of people, the sea, and the climate, and the fragility and vulnerability of this system comes to light.

In mid-July, WSG’s Meg Chadsey introduced a room full of interdisciplinary thinkers to the sobering realities of ocean acidification. Called the “Climate Council,” the group of built environment professionals organized by the Van Alen Institute had assembled for the gathering in Seattle to explore the seafood supply chain from ocean to table. Through site visits and cross-discipline conversation, the group came to understand the intimate relationship between food security and climate change in the Puget Sound. 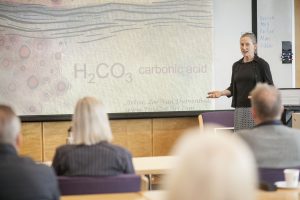 Chadsey explained that the Puget Sound region’s booming shellfish industry raised alarm in the early 2000’s when larval oysters in shellfish hatcheries were failing to survive. As it turned out, what Chadsey called a “triple whammy” of ocean conditions made the region “Ground Zero” for ocean acidification at the time: an increase in atmospheric carbon dioxide levels, human pressures on a sensitive estuarine environment, and upwelling of naturally carbon dioxide-rich deep water to the surface. Together, these conditions sometimes made the waters of Puget Sound too corrosive for the vulnerable larval oysters; their delicate calcium carbonate shells were simply dissolving in the acidified seawater.

And it wasn’t just the oysters that were losing out. Other marine life, such as pteropods (small but abundant marine snails that Chadsey equates to the “PowerBars of the sea”) are also struggling to maintain their delicate shells. Pteropods are an important source of food for many marine species (for example, they account for about 30 percent of the diet of juvenile pink salmon). if ocean acidification causes pteropod numbers to decline, the effects could ripple throughout the food web.

However, Chadsey suggests there are reasons to be optimistic about our capacity to mitigate the problem. She is part of a team investigating the potential of kelp aquaculture to improve water quality, create critical marine habitat and grow food, all while taking carbon dioxide out of the acidified waters of the Puget Sound. Other newly-developed tools could also help mitigate OA’s impacts. For example, Parker MacCready of UW Oceanography demonstrated the LiveOcean model, a tool he likened to “a weather forecast for the ocean,” that is helping fishermen and growers understand and adapt to ocean conditions that can threaten the health of shellfish. 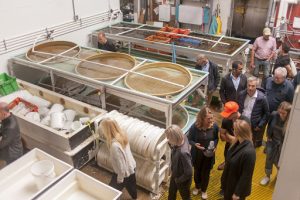 Innovations like these may help those whose livelihoods depend on Puget Sound shellfish continue to be supported by these species, even in the face of changing ocean conditions. On Hood Canal, the Council saw and heard the stories of OA impacts to the region during visits to the Taylor Shellfish hatchery, Hama Hama Oyster Company, and the Long Live the Kings facility. 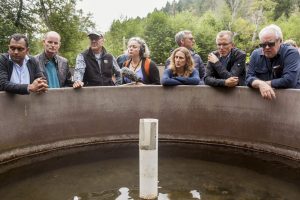 After seeing the sophistication of the oyster hatcheries, one Council member was heartened. “I started out on Tuesday thinking that there were going to be no more oysters,” he reflected. “And then you go to this thing and it’s almost like it’s Frankenstein’s lab! You can imagine them actually cutting the cord with the natural world entirely and doing this in a giant chemistry set.” Cutting that cord felt unsettling to other members, who worried about “becom[ing] so reliant on these man-made systems that we forget about the [natural] habitat.” But as with the kelp investigation, it may be possible to work within the natural seascape to mitigate OA impacts, and thus keep the cord intact.

The story of seafood in the Puget Sound region is one fraught with climate vulnerabilities, but it is also one of collaborative efforts by passionate and innovative people determined to see the industry thrive far into the future. It remains to be seen where designers such as those who are part of the Van Alen Climate Council can intervene to help ensure that outcome, but that the conversation now involves such a diversity of disciplines is surely a source of hope in itself.